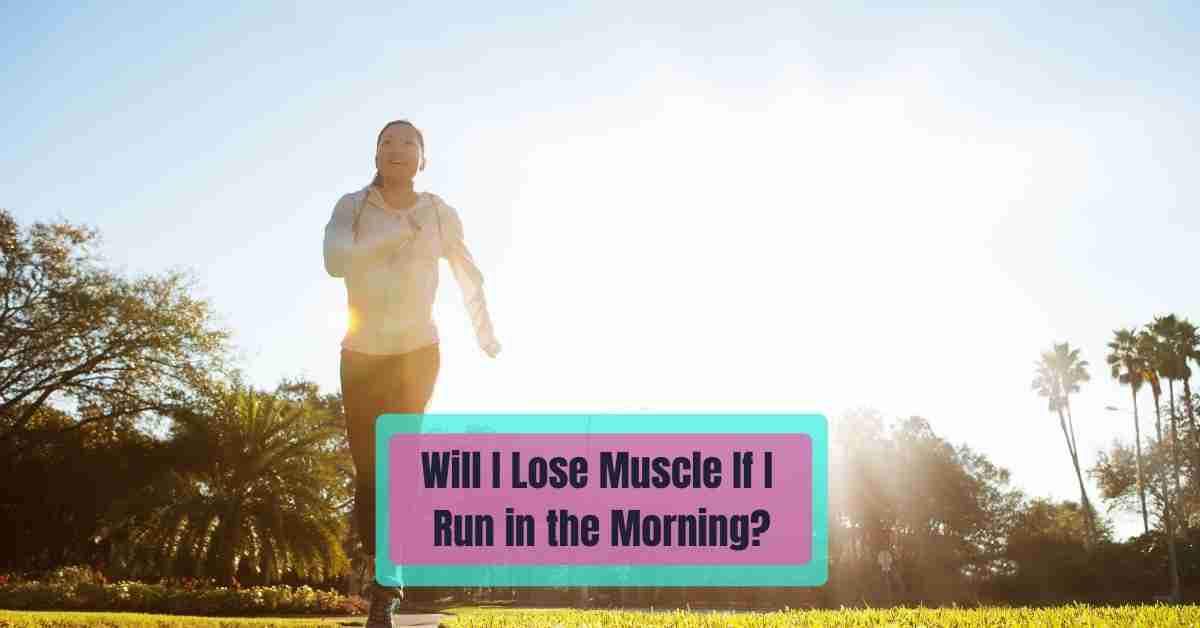 Running in the morning isn’t likely to make you lose muscle mass as long as you’re not doing a long session of moderate to high intensity like running for 90 minutes flat out.

With long sessions of running in the morning, your body may turn to amino acids as energy sources, which can cause you to lose muscle.

The rest of this article will discuss whether it’s a good idea to run in the morning and if you lose muscle by running on an empty stomach.

Will I Lose Muscle From Running?

Running is a great way to build muscle, not lose it in most cases. Running not only increases your cardiovascular endurance, but it can strengthen your core and legs to some degree, although certainly not as much as weightlifting.

The question of whether you can lose muscle from running stems from the energy source used during running. When you run, glycogen stores from your liver are used to fuel your run.

These are produced from the carbohydrates that you eat. When you eat at night, your glycogen stores are full, but by the morning, your supplies are running a little lower.

If you run without eating, especially at a high intensity, there’s a risk that your body will use amino acids, the building block of muscle, to fuel your run, causing you to lose muscle mass.

Another potential issue with prolonged high-intensity running is the amount of calories that you are burning.

Typically, most people seeking to gain muscle mass will do either extremely light cardio for a long period of time or really intense cardio for a few minutes.

Being overactive on your run (aka going at a full jog for 60-90 minutes) will burn a lot of calories. That’s ok if you’re operating at a caloric surplus, but if you’re not putting more calories in your body than you’re expending in exercising, then you will lose muscle mass.

Will I Lose Muscle If I Run On An Empty Stomach?

Running on an empty stomach at low intensity is perfectly acceptable, even in the morning. You still have some levels of glycogen from your meal last night to sustain 30-40 minutes of low intensity exercise.

The issue arises when you go beyond that threshold of exercise or operate at a high intensity for too long.

In that case, your body’s glycogen stores might be depleted entirely, forcing it to rely on amino acids as a fuel source, potentially causing you to lose muscle.

In the end, it’s something of a balancing act if you choose to run in the morning. The simple word of wisdom is not to overdo it on your runs.

You’re not helping your body if you don’t give it any energy in the form of food before setting off on a length and grueling jog.

Keep your fitness level in mind to determine the intensity of exercise you should participate in and maintain a caloric surplus so as not to lose muscle when you go on your morning jog.

Running has been shown to be one of the most effective exercises for improving cardiovascular health and toning the body. However, many people are afraid that they will lose muscle if they run in the morning. The truth is that running won’t cause you to lose any muscle, as long as you aren’t going long-distance running every morning. If you’re concerned about losing muscle, consider doing other exercises that target your muscles as well.